Every year, “Tikveš” wines triumph at globally renowned wine competitions held in Great Britain, France, Germany and China, by winning up to 100 awards and recognitions… Nearly all of the wines from the broad “Tikves” portfolio have won a medal or another distinguished appreciation.

Some of them are greatly important. Such recognition is the platinum medal for the red wine “Barovo” of vintage 2015, won at one of the greatest and most influential wine competitions – Decanter World Wine Awards 2018, traditionally held in London, Great Britain.

“Tikveš” premium red wine “Vranec Special Selection” from the indigenous variety “Vranec”, has won the gold medal and additional “Trophy among Macedonian Wines”, putting it within the exceptionally small group of only 1% of all wines which have received this award, at the competition International Wine Challenge (IWC). IWC is also held in London and due to the rigorous assessment methodology, is considered one of the most prestigious wine competitions in the world and also, one of the most attended. Moreover, the significance of this award is even greater due to the fact it is associated with a wine produced from a local variety. 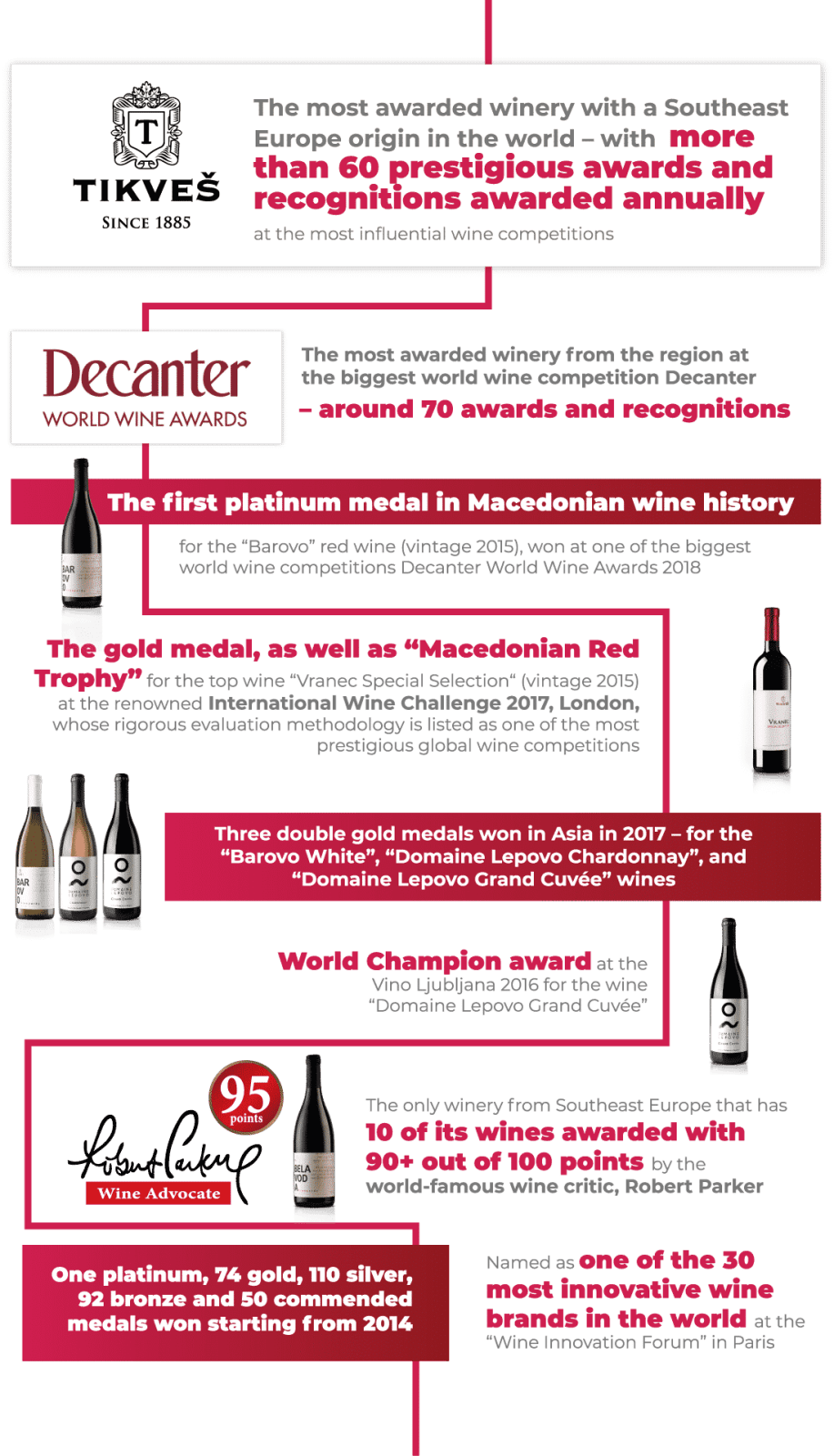 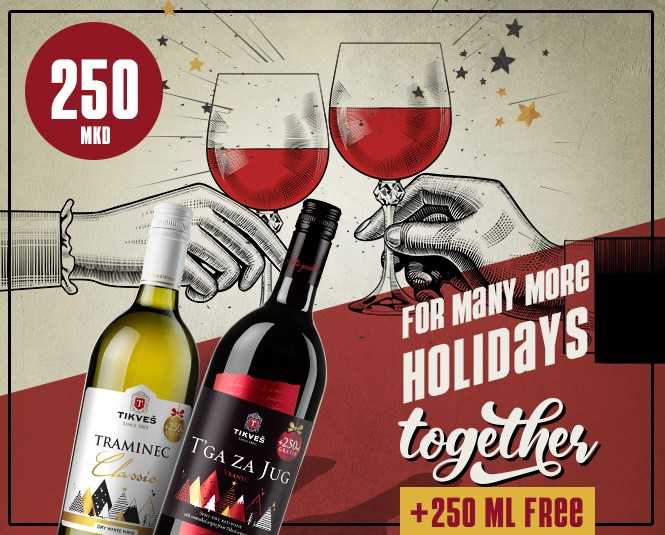 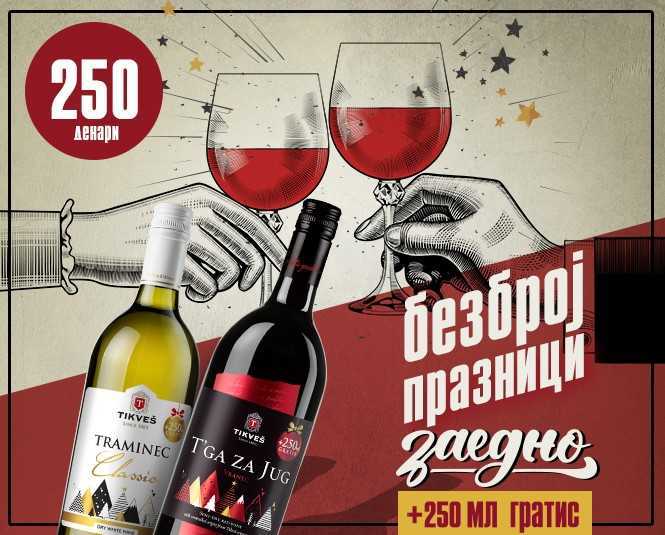 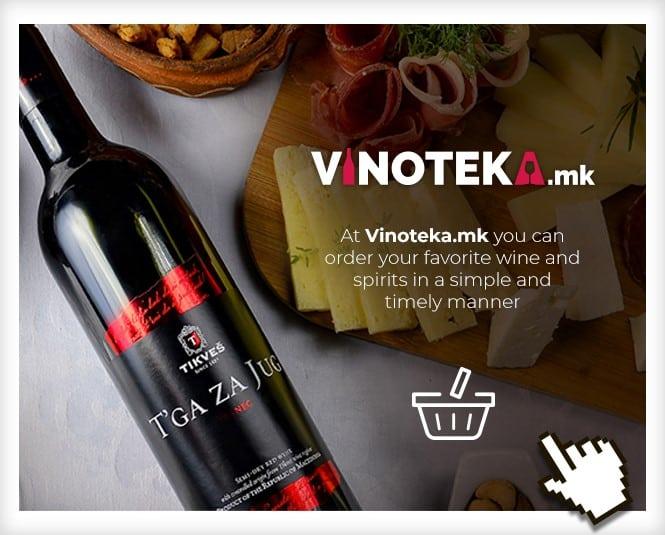 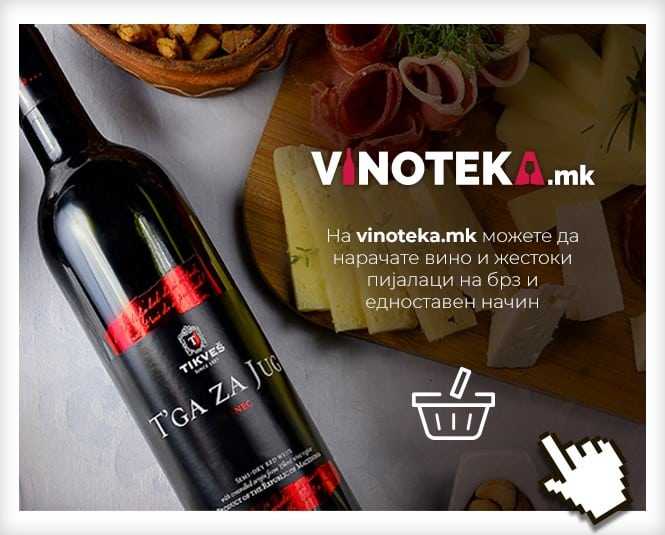 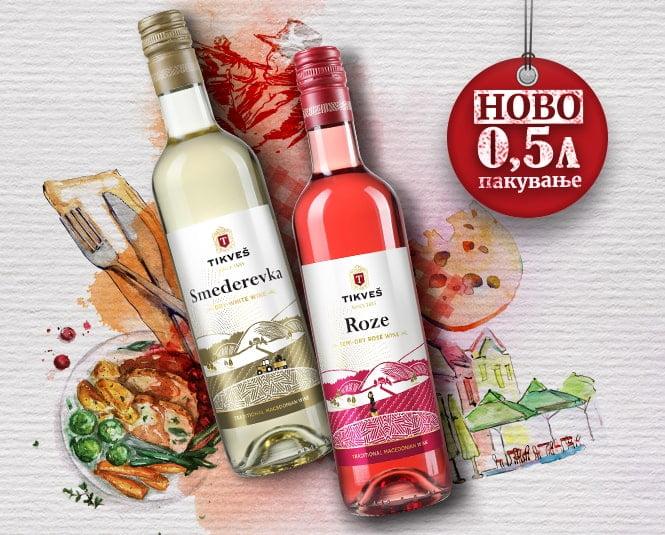