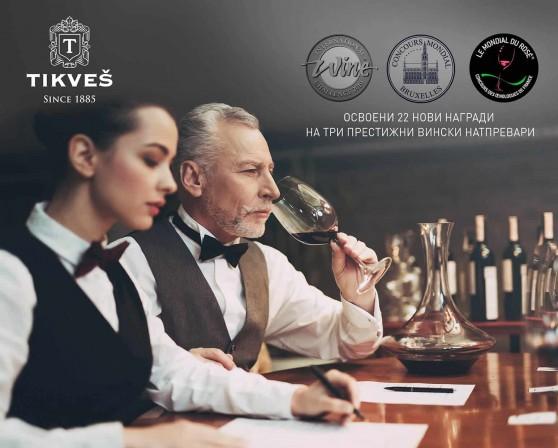 A total of 22 Wine Awards for Tikveš at competitions in Britain, France and Switzerland

As many as 17 wines received awards at this year’s international wine contest – International Wine Chalenge (IWC), held in London, Great Britain for the 36th time.

On another prestigious international wine competition, specializing in rosé wines, held in Cannes, France, the Winery Tikveš – “Alexandria Cuvée Rosé  2018” was the only wine from the region that won a gold medal, while on this year’s famous wine contest “Concours Mondial De Bruxelles” in Switzerland, four wines from Tikveš received awards, including the “Muscat Ottonel Special Selection 2018” that was awarded a gold medal.